There are simple steps we can take to improve the planet’s health, and the most simple one—and the one that will have the most impact—is to reduce our carbon impact by reducing meat consumption. Sign our pledge affirming your commitment to not eat meat, fish, or dairy just one day per week. We would eliminate 9 million tons of carbon per day if our whole country (U.S.) did this for one month, or 144 million tons of carbon reduction if continued for the entire year. To produce a similar carbon reduction with passenger cars would require replacing 25 million vehicles with electric vehicles.

Animal agriculture is responsible for at least 87% of greenhouse gas emissions globally. It is the leading cause of climate change. This fact is not widely reported in the media because our culture assumes incorrectly that people must eat meat, and so does not challenge the extent to which our land (50% of the continental United States) is dedicated to fattening animals for slaughter. The meat and dairy industries also have considerable sway over our media.

The accompanying graphics show how DIRECT EMISSIONS created by animal foods far exceed those of plant foods, and how much more water animal foods require. But the actual damage done by animal agriculture is still worse than the graphics demonstrate because the INDIRECT EMISSIONS of animal agriculture are even greater. Just think how much healthier our planet would be if we restored forests and rewilded land (50% of the U.S., 40% of the world’s land) now dedicated to animal agriculture. The restored forests and vegetation would sequester enough carbon dioxide to end the climate crisis! We could cool the planet!

You can help choose this scenario by initially giving up meat and dairy for one day per week. You will find this so easy to do that we believe, and hope, that you will continue the plan for two days per week, then three . . . 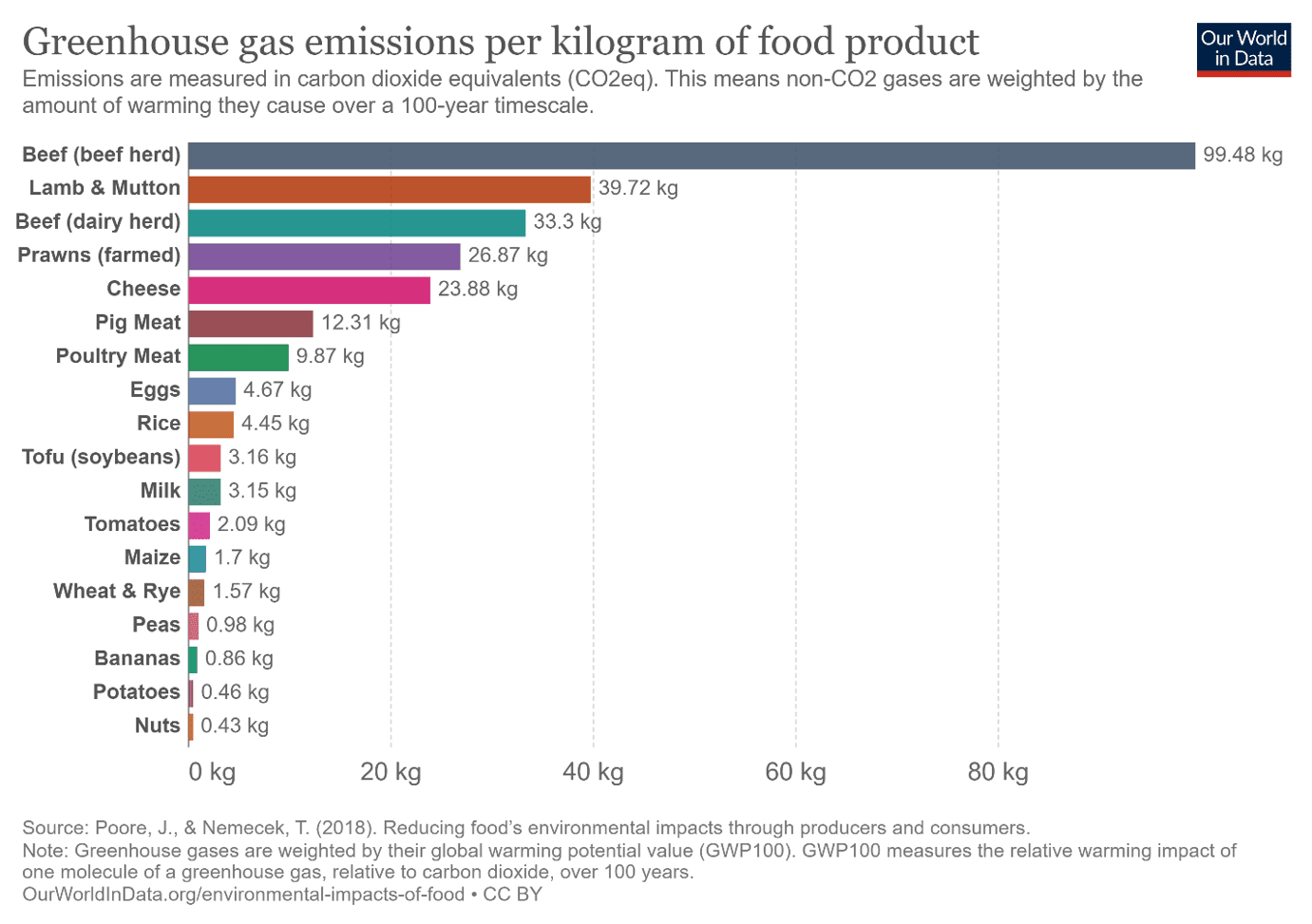 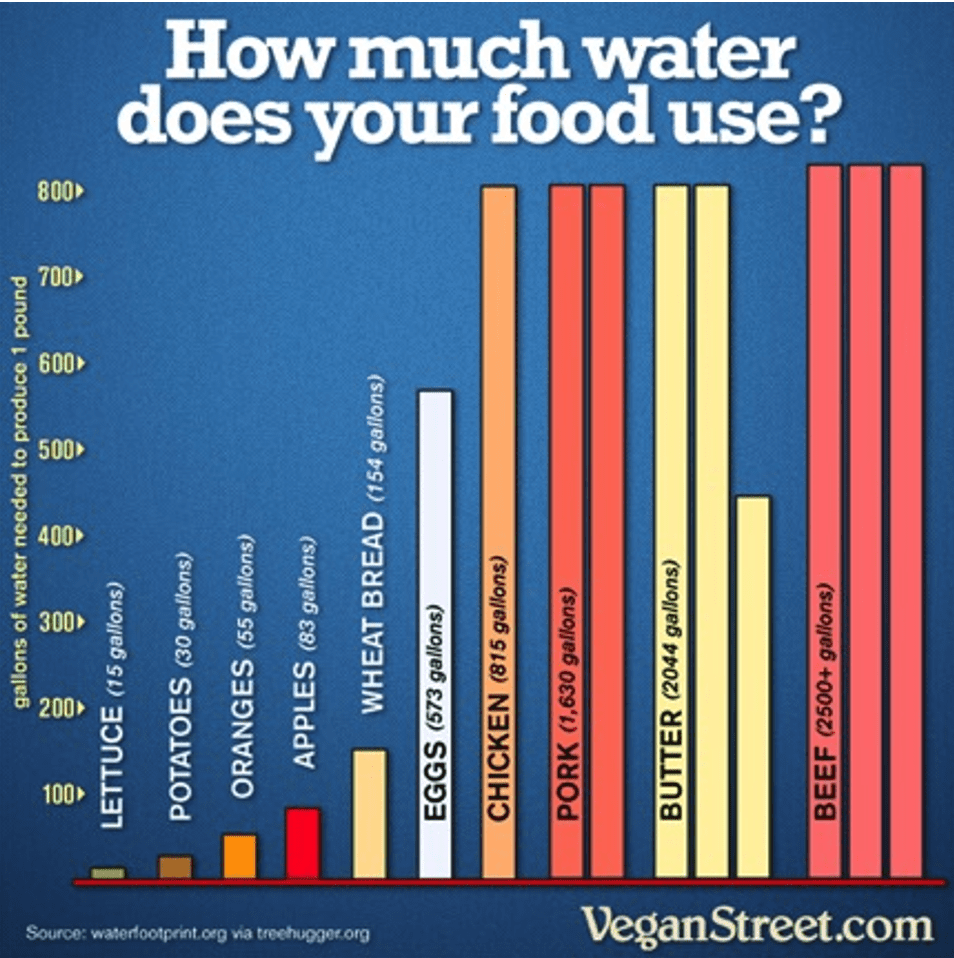 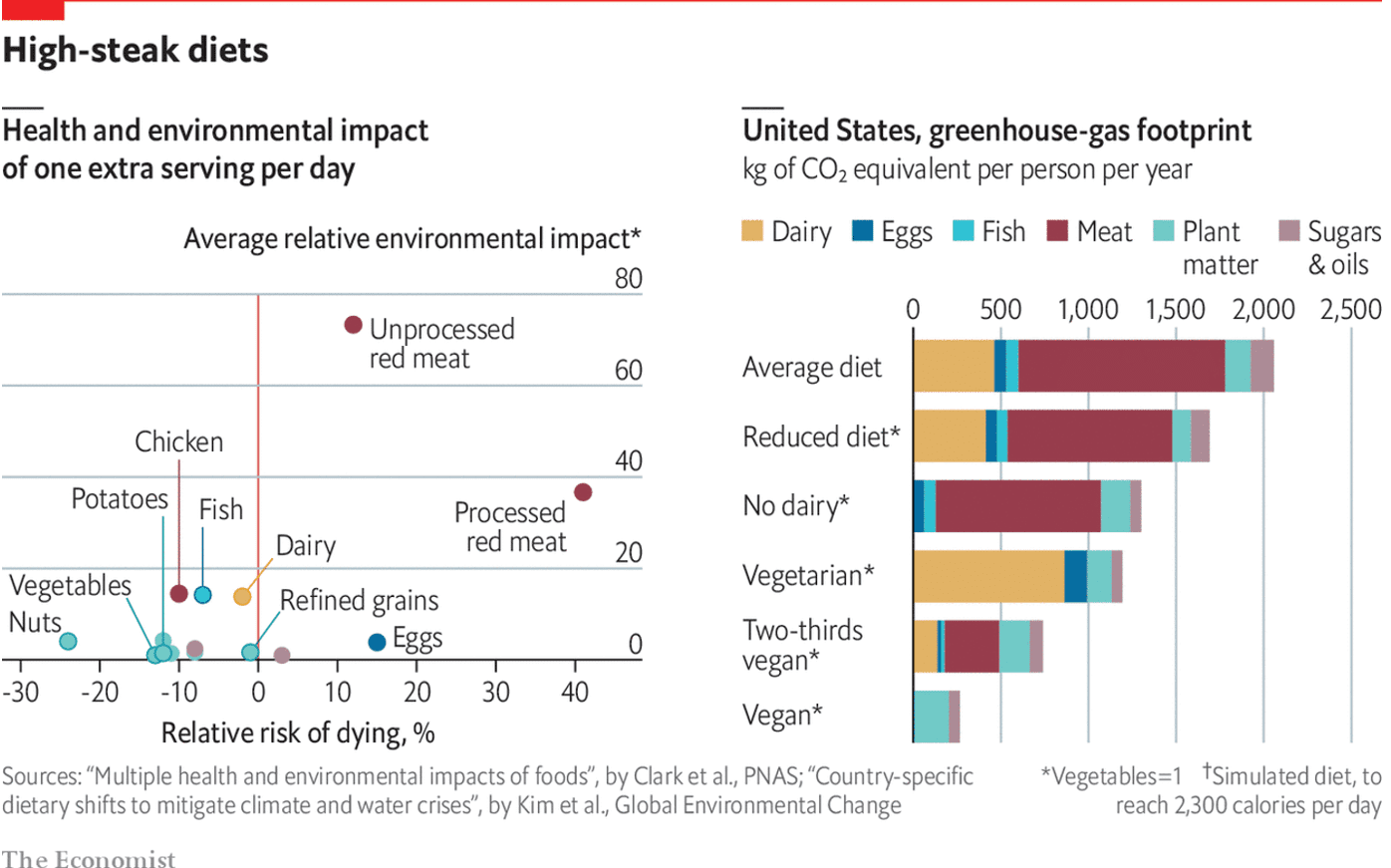 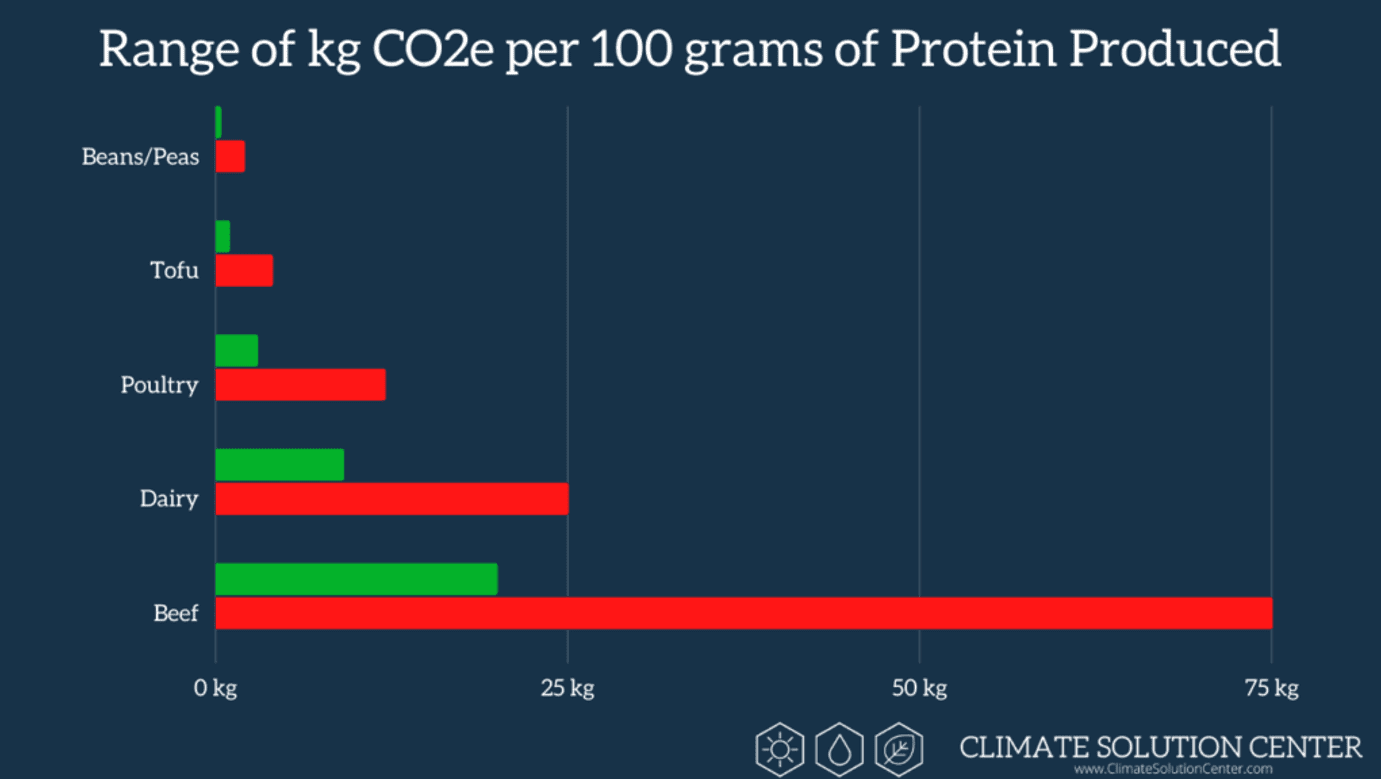 Thank you for helping the planet with your diet! As important as it is for each of us to eat a climate-friendly diet, it’s equally important to spread the word! So please don’t be a “shy vegan!” Explain to your friends and family why eating this way is better for human health and planetary health. And please subscribe to our newsletter so that we can give you information that you can help spread!

Meat Down Pledge - I agree to give up meat and dairy 1 day/week! I’ll do everything I can to spread the word! Please sign me up for your newsletter!