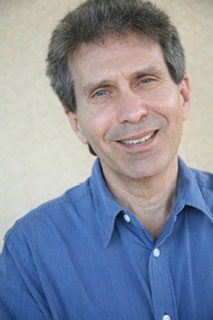 Glen Merzer, author of Food Is Climate, is on a mission based on that suggested premise. Whereas, he says, high-profile climate activists Al Gore and Bill Gates have both “missed the boat” on identifying the most impactful man-made causes of climate change, Merzer wants to rally attention and aim resources at the actual biggest culprits: animal agriculture and industrial fishing.

“Both Gore and Gates focus almost exclusively on the burning of fossil fuels, and almost completely ignore animal agriculture, land use, and the oceans,” Merzer said. “Our only hope to reverse climate change is to draw down more carbon dioxide from the atmosphere, which we can do if we have many more trees and healthier oceans with healthier phytoplankton populations and healthier sea forests.”

Deforestation, eating up increasing masses of land mainly to serve animal agriculture, will continue to cook the planet even if fossil fuel use were reduced to zero, according to Merzer. In his book, he argues for at least one trillion more trees to counter deforestation and overwhelming greenhouse gases.

While leading climate advocates have focused much attention on the fossil fuel industry, the animal agriculture industry has quietly been pouring the most greenhouse gases into the atmosphere.

Following is a Q&A with Merzer on his book and his advocacy.

Q: What was the impetus for you to write “Food Is Climate?” Tell me how you became a vegan — what age, what reason?

A: I began writing Food Is Climate as a chapter intended for another book. I wanted to look into the widely varying estimates of the contribution of animal agriculture to atmospheric greenhouse gases. The UN Food and Agriculture Organization had estimated it first as 18%, then revised it down to 14.5%. WorldWatch had pegged it as “at least 51%.” And I had heard about Dr. Sailesh Rao, who had written a paper claiming that the proper estimate was “at least 87%.” If he was right, that meant that our leading climate spokesmen and governments were making a giant mistake by concentrating only on fossil fuels. I contacted Sailesh, listened to his arguments, did more research, and came down on his side — with an emphasis on the “at least” in “at least 87%.” There is simply no way to reverse global warming without ending animal agriculture.

I became a vegetarian at the age of 17 simply for health reasons, as there’s heart disease on both sides of my family. But I continued to eat cheese because some people got me foolishly worried about protein. Cheese was the only animal product that I ate, but I ate it for the next 19 years, until I started to experience heart pains. I ditched the cheese 30 years ago, and the pains went away and never came back.

Q: Did you feel concerned about “Big Meat” trying to negate the impact of the book, or discredit you in any way?

A: As far as I can tell, I’m not even on their radar, unfortunately.

Q: Why do you think the U.S. federal government does not seem to want to recognize the danger that animal agriculture has for our climate?

A: It’s not surprising that government agencies don’t want to rock the boat, and let’s not forget that those who are political appointees don’t want to upset the politicians who appointed them. What’s more surprising and disheartening is that non-profit environmental groups like the Sierra Club don’t want to take on animal agriculture, and that’s because they fear that their contributions will dry up. That’s harder to forgive.

Q: With approximately 6% of the U.S. population being vegetarian, and maybe 1% to 2% vegan, how do you hope to change the paradigm of current attitudes, habits, cooking preferences around in just four years, as discussed with Dr. Sailesh Rao, or even in 15 years?

A: It’s an enormous challenge, to be sure. I draw a little bit of hope from how quickly support for gay marriage went from being a distinct minority to being the law of the land, with majority support.

Q: Is our greatest hope for creating awareness of animal agriculture’s horrific impact on our planet (producing 87% of global greenhouse gas emissions) through federal legislation or public awareness efforts? Your book is a good start…

A: As with gay marriage, the politicians will follow the people. This has to be a grass roots effort. Politicians are not in the business of taking unpopular positions that attack industries, no matter how much harm those industries may do. And we can’t really expect them to take unpopular positions. We have to make those positions more popular.

A: I haven’t read the bill but I would assume that: (a) it will not pass; and (b) even if it did, it would not go nearly far enough to make any difference to the climate. Sorry to sound pessimistic. But I want to see the population stopping meat consumption, and then the laws may follow. The goal shouldn’t be merely to regulate CAFOs or limit their number; it should be to shutter them, and to end grazing operations as well. The grazing operations are more damaging to the climate even than CAFOs.

Q: Can you discuss the federal subsidies provided to livestock farms? The Rockefeller Foundation report “True Cost of Food” (July 2021) is another step toward understanding the subsidies provided to food manufacturers but that do not result in a healthy population — please comment on it if possible.

A: Our government subsidizes, almost exclusively, the foods that make us fat and sick. I would love it if the government would subsidize fruits and vegetables instead of animal ag, but at a minimum, I would propose that they just stop the subsidies entirely and save those tax dollars and let animal ag see if it can exist in a free market. I’d wager that it can’t.

Q: Do you have any additional thoughts you’d like to add?

A: I think there’s a real question as to whether it makes sense to call meats (and other animal products) “foods,” since food should supply nutrition, and animal foods do not. Do we call candy bars and potato chips “food”?  We shouldn’t, because they are nutrition-free “junk food.” Candy bars supply an enormous amount of sugar, and sometimes fat, and no real nutrition. Potato chips supply an enormous amount of fat and sodium, and no nutrition. Meat supplies an excess of unhealthy, potentially carcinogenic animal protein, an excess of unhealthy fat and saturated fat, an excess of unhealthy heme iron, an abundance of toxins and endotoxins, cholesterol, and no fiber. There’s really no legitimate scientific debate on this; the position I’ve taken is the position of established, settled science. I’m just wording it differently when I say that meat isn’t really “food.” The real battle before us is not between differing scientific points of view, as there’s no legitimate scientific controversy here; the real battle is between Science and Culture, as I argue in Own Your Health [another book by Merzer, where he focuses on how a low-fat, whole food, vegan diet can contribute to a long life free from chronic illness].