The Health Transformation of Jerry Roberts
Jerry Rogers, founder and operator of an automotive parts recycling business based in Illinois, endured extreme stress in the year 2015. One day, when he and his wife Laura were both at work and their four children were all out of the house, they were notified by neighbors that their house was on fire. The blaze, ignited by a microwave that was off, destroyed all their belongings as well as the interior of the house. Jerry, a big man at 6’4”, at the time weighed 305 pounds, and felt helpless to protect his family in this crisis. Aggravating the stress, a good deal of the insurance money earmarked to rebuild the house appeared to vanish in the accounts of a contractor. Continue reading here… 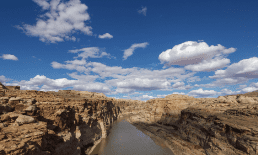 US Dept of Interior acts on Colorado River crisis
The US Department of Interior announced Friday it is commencing an “expedited” process to save the drought-stricken Colorado River, as Lake Mead and Lake Powell have fallen to alarming new lows. Interior will consider restricting water releases through the Glen Canyon and Hoover Dams to help maintain water in Mead and Powell – the nation’s two largest reservoirs. Its goal is to allow the dams to continue to be able to generate hydroelectricity.
CNN reports that negotiations between Western states over rights to the Colorado River have proved difficult. If the states cannot agree, the federal government would act on its own to save the river system from collapsing. 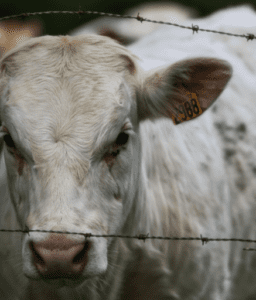 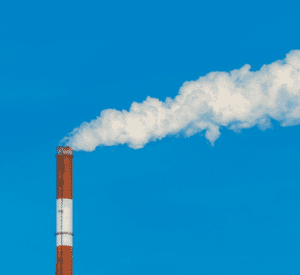 Home heating costs are predicted to be higher this winter…. with a caveat
Rewiring America, a nonprofit group dedicated to electrification, has protested that a recent federal report released by the U.S. Energy Information Administration forecasting steep rises in the cost of home heating this winter does not address the potential cost savings of electric heat pumps. Incentives to purchase such pumps exist in the new climate law, and the nonprofit argues that ignoring its potential cost savings may discourage purchases of the systems, despite the existing incentives. 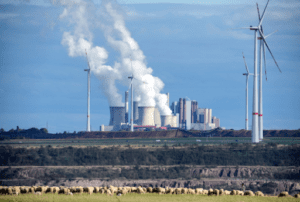 SEE launches “Power of Food” program at Maryland High School
Sustainable Earth Eating Exec Director Jane DeMarines launched an after school program teaching the impact of diet choices, particularly reduced meat consumption, on both health and climate. Because teens like other Americans are now more often overweight than historically, diet plays a role, and impacts health as well as climate. Eleven million people die each year from too many calories and the wrong nutrients and today’s teens are at an increased risk of cardiovascular disease. The study found that diabetes or prediabetes jumped from 9% to 23% over 8 years from a sample of 33.1 million U.S. children and adolescents. 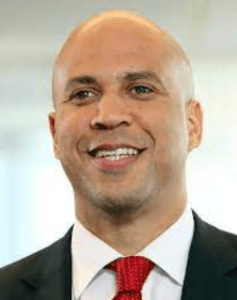 Senator Cory Booker (NJ) Launches Anti-Factory Farming Campaign
This week on Facebook Senator Cory Booker, a plant-based consumer, launched a fundraising campaign devoted to halting the practice of “factory farming” in the United States. He called it a cruel practice that should not be permitted and said it resulted from profit seeking corporations. 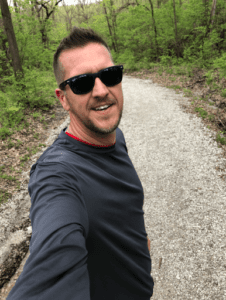 It was during a deposition of that contractor in a lawyer’s office that Jerry, at the age of 43, experienced a heart attack. He didn’t know what was happening at the time; he knew only that he was experiencing chest pain and dizziness. He stopped the legal proceedings for a short period of time so that he could get some fresh air, then returned to resume the deposition. Afterwards, he tried self-medicating at a restaurant with aspirin and alcohol.

Skeptical of the medical profession, Jerry walked around for two weeks with chest pain and shortness of breath until he was finally talked into visiting a doctor’s office, where he learned that he had suffered a heart attack. After failing miserably at a stress test, he was sent to a hospital, where tests revealed that he had three significant blockages (95%, 80%, and 75%, respectively) of his left anterior descending artery (the “widow-maker”). Each blockage was addressed by the insertion of a stent, and Jerry was placed on blood thinners and a statin drug.

In retrospect, Jerry says now, he and his doctors had missed an early indicator of his heart disease: he had been suffering from erectile dysfunction. The doctor had treated the condition with a drug designed to increase his testosterone; the only noticeable effect of that therapy was that Jerry became quicker to anger.

After his heart attack, Jerry knew that he had to lose weight and change his lifestyle; he just didn’t have any idea how. His wife Laura read about the plant-based heart disease reversal program of Dr. Dean Ornish, and convinced her husband to enroll. Twice a week for nine weeks, he drove two hours each way to South Bend, Indiana, where the Ornish program guided him towards a plant-based diet, and instructed him in ways to relax his body and mind with yoga and meditation.

It was initially hard for a big man who grew up as a hunter to accept that he had unintentionally become a vegan, but as the weight melted off his body and as his blood work consistently improved, he learned to embrace the fact. He now loves simple foods like beans and rice, vegetables like eggplant and Brussel sprouts, and desserts of fruit. His cardiologist meanwhile expressed no enthusiasm for dietary therapy.

Please Support our Work, or just sign up to continue receiving Food is Climate! Sustainable Earth Eating is a 501(c)(3) nonprofit organization, so your donations are tax-deductible. Please consider making a one-time donation or signing up to sustain our work as a monthly donor. Your support is crucial to our vision of a Planet Earth improved by sustainable eating, to our work with local and national partners, and to supporting activists doing similar work elsewhere. Click here to donate, if you like what we are doing.

This issue of FOOD IS CLIMATE written by Glen Merzer.
Editors: Jane DeMarines, L.A. Frank
“Food Is Climate” takes its name from the lauded book of same name by Glen Merzer. It was distributed at COP 26 in Glasgow where I obtained it. We highly recommend this slim volume. Available at Amazon.