Eat to save the planet! 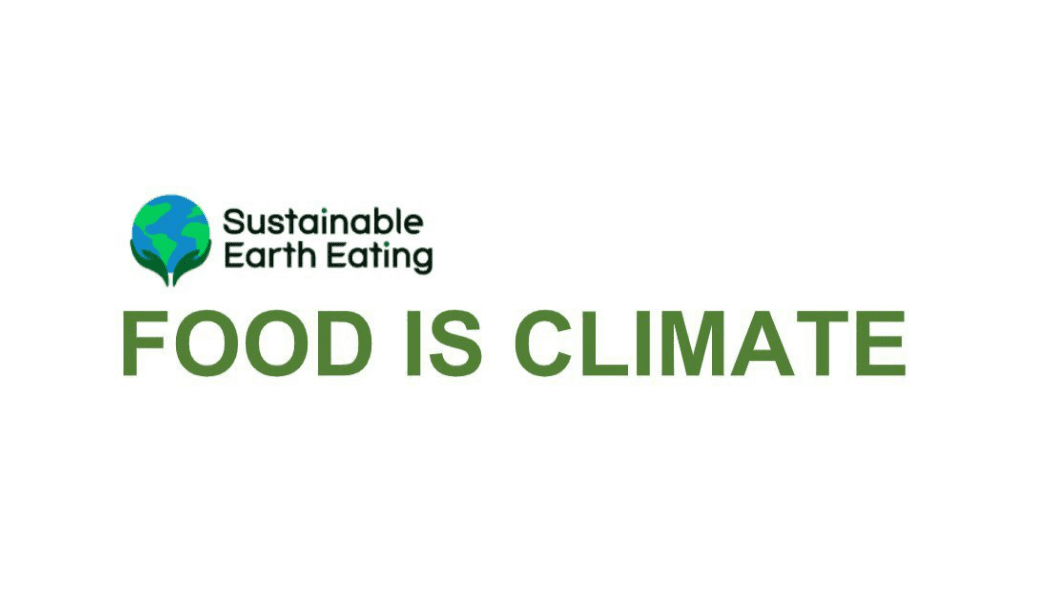 Meat Consumption Must Drop by 75% in Rich Countries for Sake of Earth’s Health, Says New Study Researchers from the University of Bonn in Germany are recommending that people in the United States and other western countries eat about a quarter of the amount of animal-based protein they currently do, because the animal agriculture that goes toward meeting such high demand is putting enormous strain on the planet, according to an article in Plant-Based News. In the European Union, the average citizen consumes around 80kGs of meat per year. Dr. Matin Qaim, the study’s lead author, says this needs to drop to 20 kilograms or less.

Former Heart Attack Victim Cured Himself With Vegan Diet John Tanner, a successful California computer electronics entrepreneur, went out jogging in his neighborhood one Sunday morning in 2009, when he was 52. He had long been a daily jogger, and at his last checkup a few months prior, he had received a clean bill of health from his doctor. He had no history of heart disease in his family. He had recently tried to shed a few extra pounds with the help of the Atkins Diet, a high-meat and animal foods regimen. He ran well at first, then staggered a couple of steps and hit the ground unconscious, under full cardiac arrest. But John was lucky. (Read full feature by Glen Merzer below.)

‘Devouring the Rainforest’  The Washington Post reports that “Cattle ranching, responsible for the great majority of deforestation in the Amazon, is pushing the forest to the edge of what scientists warn could be a vast and irreversible dieback that claims much of the biome. Despite agreement that change is necessary to avert disaster, despite attempts at reform, despite the resources of Brazil’s federal government and powerful beef companies, the destruction continues.”

The Post story breaks new ground in emphasizing that multi-national agribusinesses like JBS, who stock American grocery stores with Brazilian beef, as well as American consumers who buy it, share the responsibility for the deforestation of the Amazon, which may represent a tipping point for humanity’s struggle to manage climate change.

Can you as an individual actually do something about climate change? Yes, according to a new UN report While “a single person taking well-meaning steps to lessen their footprint doesn’t change the fact that billions of people are living off fossil fuels … there are things individuals can do at work and in their communities that will do more to push structural change,” Vox says, reporting on findings from the UN’s Intergovernmental Panel on Climate Change. And in as little as a year, the panel says, on a societal level, such actions could slash “end-use emissions” — from use of buildings, transit, and food — by 5%.

Changing to a sustainable food system despite animal agriculture adding to unsustainability From The Good Food Institute: According to a new report from the U.S. National Oceanic and Atmospheric Administration, methane emissions reached an all-time high last year. Agriculture, forestry, and land use cause 46% of methane emissions, most of which is driven by meat and dairy production. The impacts of animal agriculture extend beyond emissions — changing how we produce meat (via alternative proteins) could free up 3 billion hectares of land, conserve significant amounts of water, and reduce the risk of zoonotic disease. And the way we produce meat is in the process of changing — this month’s edition of the APO highlights public investments into alternative proteins by the Netherlands, Israel, Denmark, and Canada alongside key industry updates, including the largest-ever fundraising round by a cultivated meat company. “There is much work to be done to realize a sustainable global food system, but alternative protein solutions show promise,” said GFI’s VP of Corporate Engagement, Caroline Bushnell.

Earth Day event called Greenfest inviting county green businesses and organizations to participate. SEE garnered attention, and importantly, 150 pledges to eliminate meat consumption for at least 1 day per week. More than 30 green organizations participated at the event that attracted nearly 1,000 attendees. The County saw it as a chance to celebrate and showcase environmentally oriented companies that now call the county home. Many were launched through a county “green” incubator for start-ups.

Americans are oddly obsessed with protein They eat twice as much of it as the USDA recommends, and 60 percent of U.S. adults are trying to get even more of it into their diets. And this obsession could be making us sick: Excessive protein consumption is correlated with increased risk of cancer and heart disease. This doesn’t just affect those following keto, paleo, or low-carb diets (which, combined, was 1 in 7 Americans in 2019); it’s a problem for most Americans, and especially men. (One small, informal study in the United Kingdom even found that some men who want to reduce their meat consumption are embarrassed to order vegetarian meals among male friends.) Globally, most people exceed protein consumption recommendations, but Americans (and Canadians) take it to another level — and also eat the least amount of plant-based protein.

John Tanner (pictured), a successful California computer electronics entrepreneur, went out jogging in his neighborhood one Sunday morning in 2009, when he was 52. He had long been a daily jogger, and at his last checkup a few months prior, he had received a clean bill of health from his doctor. He had no history of heart disease in his family. He had recently tried to shed a few extra pounds with the help of the Atkins Diet, a high-meat and animal foods regimen.

John ran well at first, then staggered a couple of steps and hit the ground unconscious, under full cardiac arrest. About half of all heart disease deaths are of this type, and for cardiac arrest outside of a hospital, the survival rate is about 3%. As John points out, “Some firefighters go their whole career without ever getting a save.”

But John was lucky. On this particular morning, no less than seventeen individuals, from an alert neighbor who performed chest compressions, to firemen, paramedics, ER staff, and specialists in the cardiac catheter lab, combined their efforts to save his life. He was even more lucky in that he suffered no detectable brain or heart damage.

After a couple weeks of recuperation and some further tests, John was told by his cardiologist, “You’re doing great. You can go back to your life the way it was.” Maybe the man didn’t realize who he was talking to. John has a PhD in Computer Science from Caltech. He has the mind of a trained scientist. And so he was a little mystified by the doctor’s glib attempt at reassurance. He said to himself, “My life the way it was is what brought me here in the first place.”

And so John scoured the literature on heart disease, and he discovered what any serious, objective review of the literature will reveal: decades of solid, consistent science that prove that animal foods are the leading cause (along with cigarette smoking) of heart disease. The early studies, from the 1940’s forward, proved the correlation between the saturated fat and cholesterol in animal foods and heart disease; more recent studies have supported that correlation while adding evidence that other effects of animal food consumption—inflammation, animal protein itself, and chemicals engendered in the gut by meat consumption—likewise contribute to heart disease.

Shortly after his recuperation in 2009, John embarked on a low-fat, whole foods vegan diet. All his bloodwork improved significantly, and he got off his medications. Today he spends a good share of his time trying to save others from experiencing cardiac arrest. He founded the Nutrition Science Foundation (www.nusci.org), as well as the TannerCare Health and Wellness Center (www.tannercare.com) as well as a food delivery service (www.littlegreenforks.com) that is now going nationwide.

“Food Is Climate takes its name from the lauded book of same name by Glen Merzer. It was distributed at COP 26 in Glasgow where I obtained it. We highly recommend this slim volume. Available at Amazon.